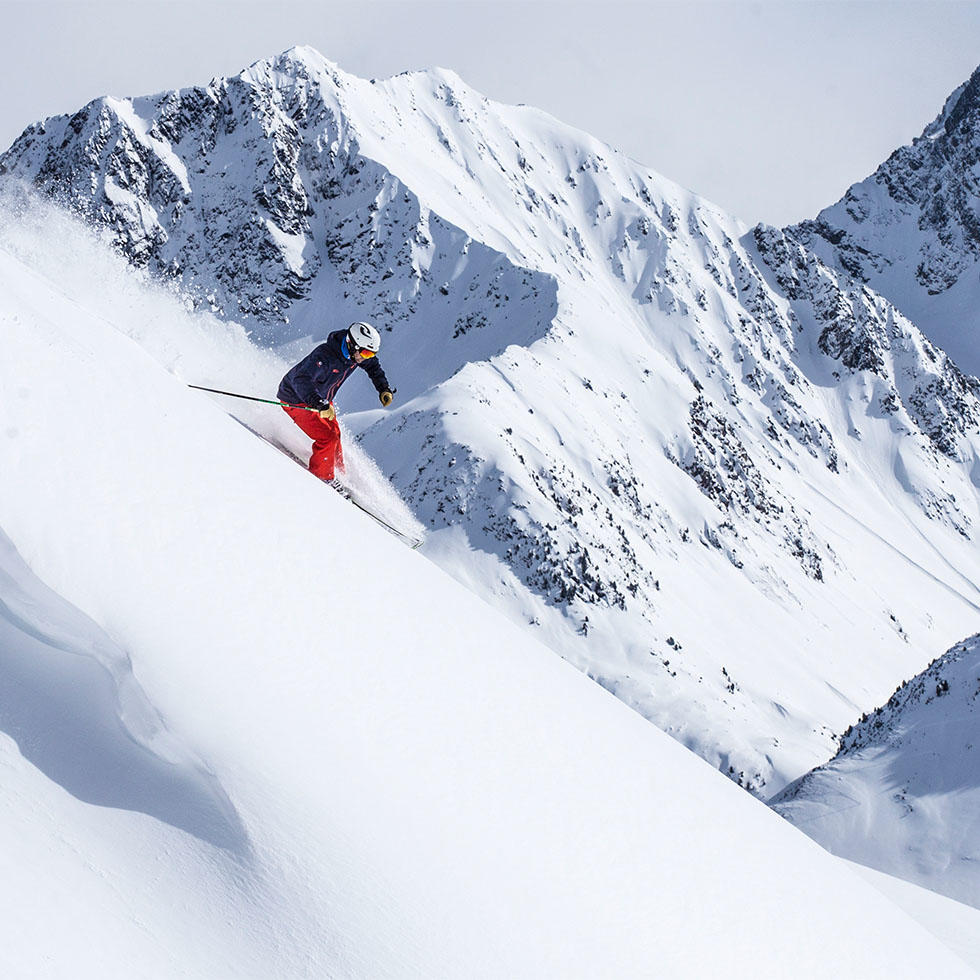 The Kronplatz ski region awaits you with three ski areas with a total of 185 slope kilometres and 40 lifts. Encompassing Kronplatz, Speikboden and Klausberg, one of Europe's most modern ski areas extends through the ski carousel Dolomiti Superski.

Kronplatz, South Tyrol’s largest and most modern ski area, is only 10 minutes from our hotel by car. The ski shuttle train brings winter sports enthusiasts directly to the Percha valley station in Bruneck where you can ascend the mountain using the lifts. The Ehrenburg station is located right behind the hotel and can be reached comfortably by foot. From there it’s just 20 minutes to the Ried slopes by lift.

The ski shuttle train travels directly from the hotel.  You can reach the station in around 2 minute by foot to take the train. From there, you’ll journey to Percha to the Ried lifts. Winter sports enthusiasts reach the stop in 20 minutes. Then it’s off the lift and onto the summit! The ski Puster Valley express not only brings skiers to Percha at Kronplatz, but also to Vierschach to the new Vierschach/Helm Talstation and thus directly to the Sexnter Dolomiten ski area.
The motto "From the station right to the slopes" has also provided sensation on international levels and was distinguished with the Ski Area Award 2015 by the international Ski Area Test.

OUT AND ABOUT WITH A SKI GUIDE

The Kronplatz holiday region also offers its guests a guided ski experience this winter in collaboration with tourism associations. Our tips for a diverse ski day: