The Czech town of Mariánské Lázne is a beautiful spa town in the West Bohemian Spa Triangle, which has been caring for the recovery of its guests according to an old tradition for two hundred years now. The large spa park invites to extensive walks, which seem especially romantic in winter scenery. White landscapes, snow-covered roofs and in addition the historical buildings of the city center - a wonderful sight, which inspires and tempts to dream. The clear, cool winter air invigorates the body and the warm water of the swimming pools loosens the muscles. Forty mineral springs spring up directly in the spa and have healing properties, and another hundred can be found in the nearby surroundings. Even famous spa guests, such as Mark Twain or Franz Kafka, could not escape the charm of the magnificent place. 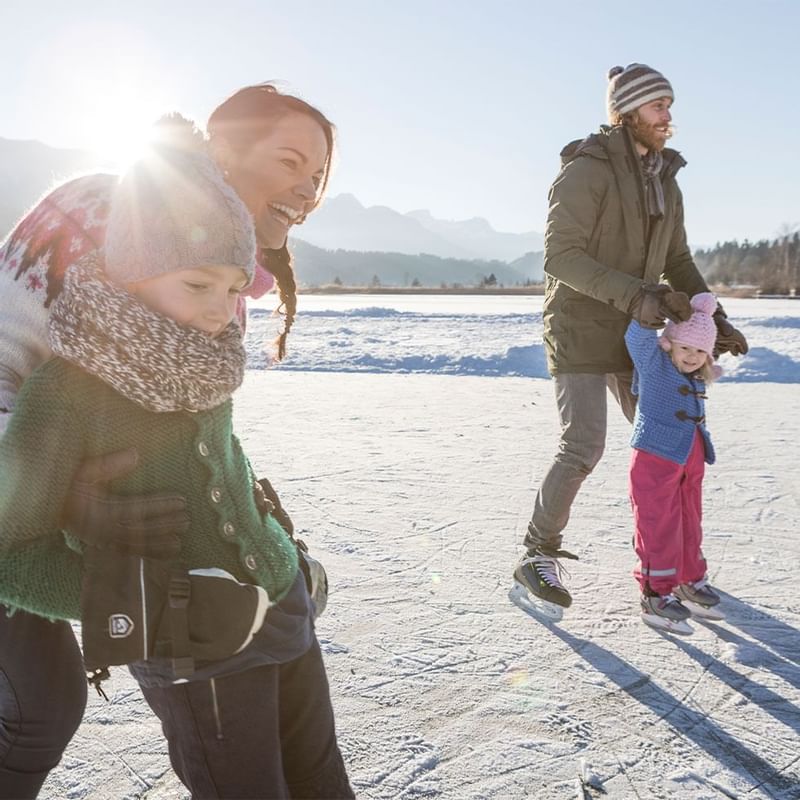 West Bohemia refers to that part of Bohemia which geographically stretches along the Czech border at the Westerzgebirge mountains and the Upper Palatinate Forest. This green area includes world-famous spa towns and small cities that exude a special charm with their numerous buildings from the Imperial and Royal period. Among the most famous places are Cheb (Eger) with its imperial castle and medieval market square, the popular spa towns of Karlovy Vary and Mariánské Lázn?, and Pilsen, European Capital of Culture 2015 and home of the Pilsner Urquell brewery. The gentle landscape invites to long walks and hikes in the greenery, especially with regard to the air quality of these so-called climatic health resorts.

The colorful house facades of the former imperial and royal towns in particular create a picturesque picture, which is additionally framed by the well-kept parks of the spa towns. The towns can be explored on foot or by bicycle, and extensive golf courses invite you to tee off. The higher elevations of the Ore Mountains offer skiing fun in winter.

In this unique place, guests from all over the world restore their energy and take time to relax. The exquisite wellness programme and spa with access to a mineral spring with natural healing powers, make this a true fountain of youth. Discover our spa hotel in Mariánské Lázně and enjoy a relaxing break. 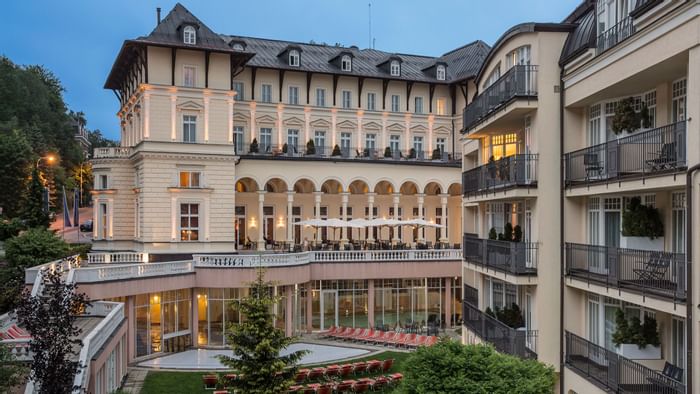 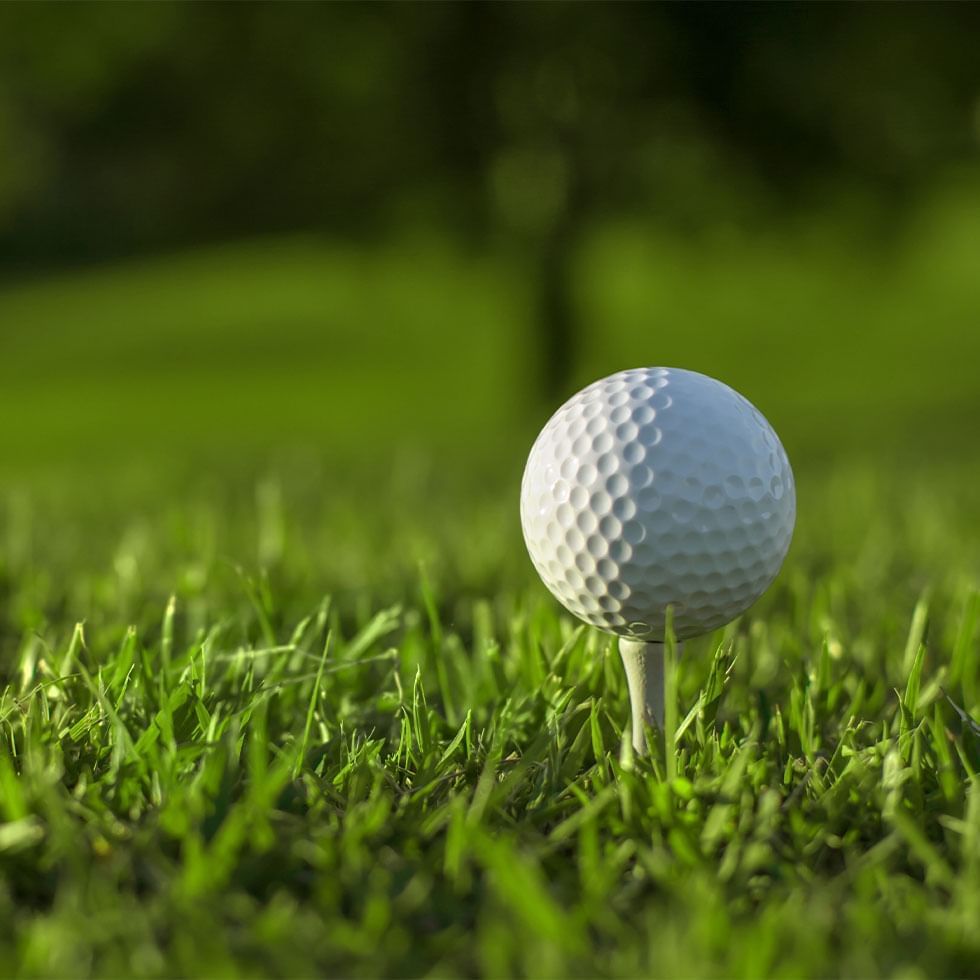 The sport of golf has a long tradition in Mariánské Lázně. The first golf courses were built as early as the beginning of the 20th century. We are continuing this tradition today. 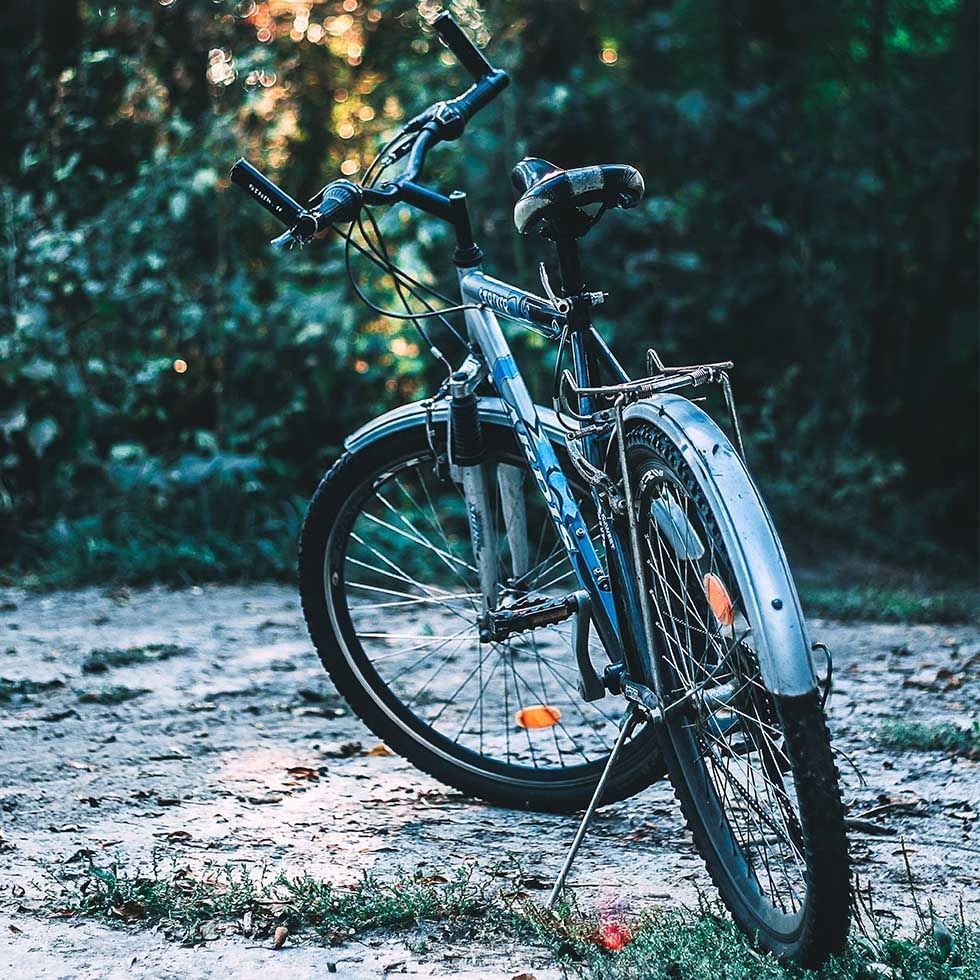 The museum is located in the oldest surviving house in the city, which housed Johann Wolfgang Goethe during one of his stays in Marienbad. 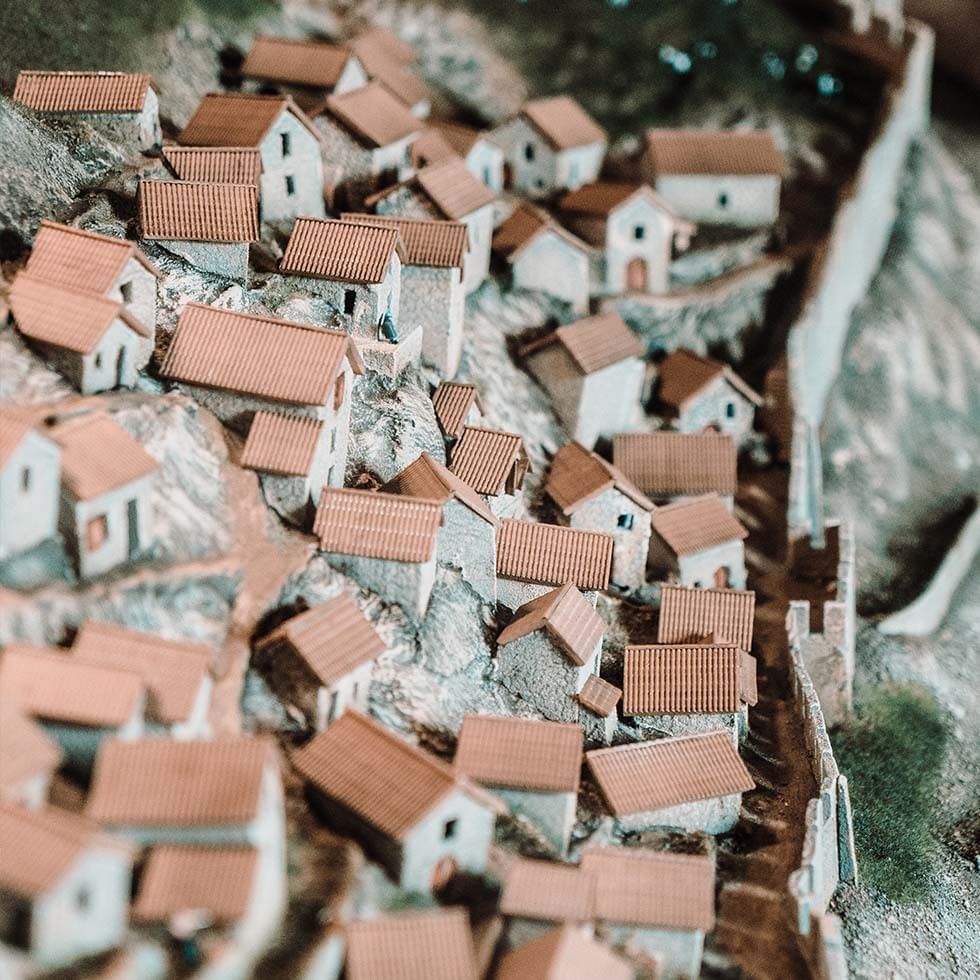 The miniature park houses attractions from all over the Czech Republic at a 1:25 scale. Visit castles, palaces and other historic monuments in one afternoon! 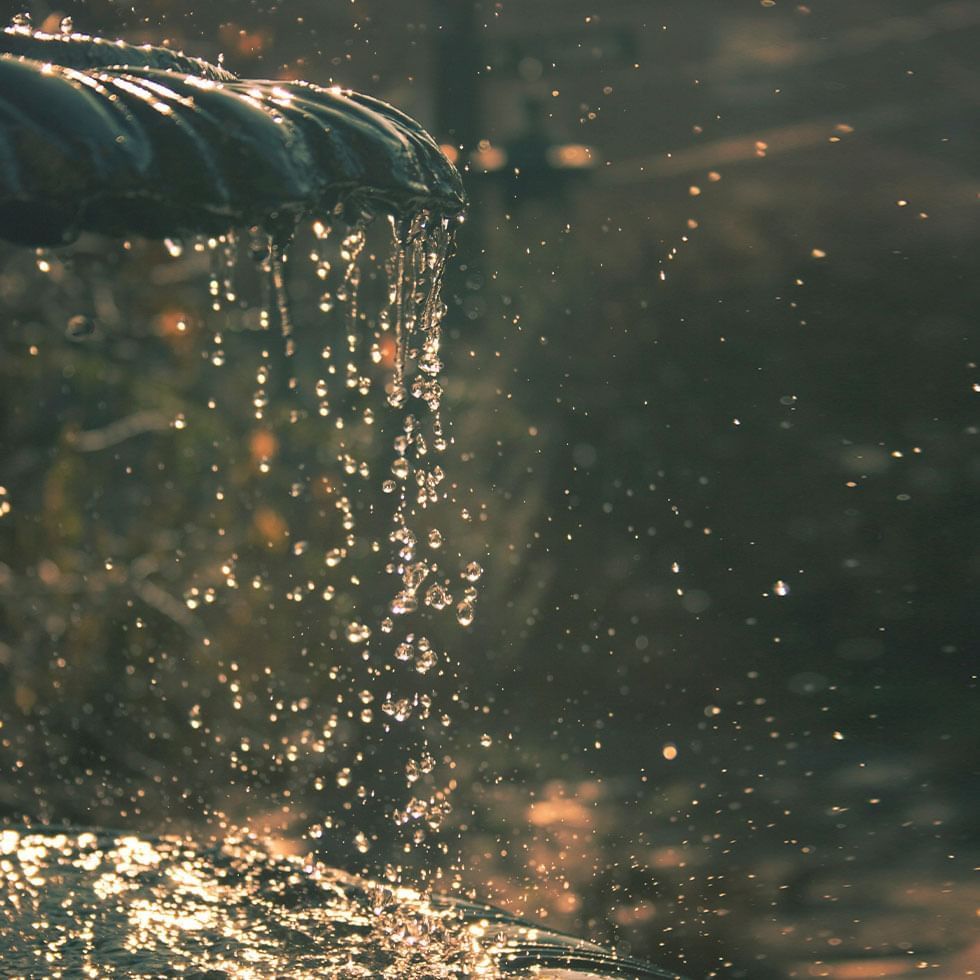 The musical fountain is located at the spa colonnade in the city centre of Marienbad, and sounds on the hour, every odd hour, in the summer season. 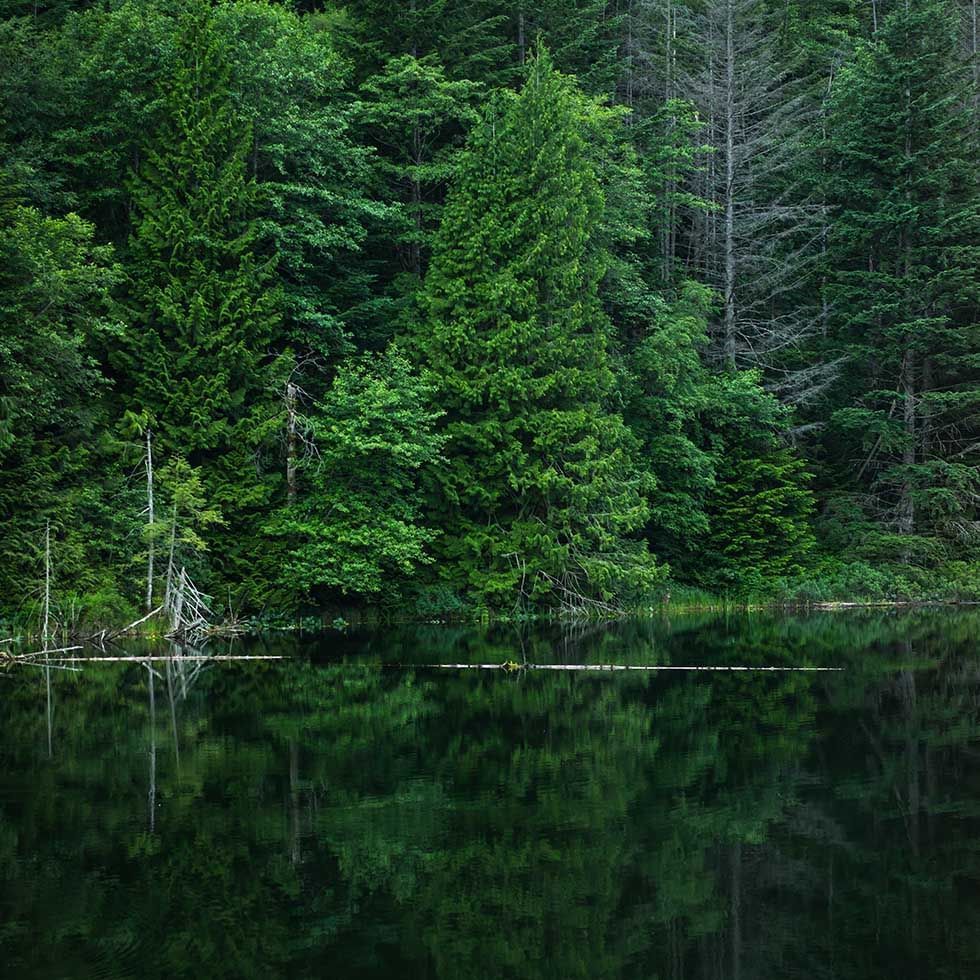 Kladská, a densely wooded suburb of Marienbad next to the Glatzer Moor, is home to the Kladská hunting lodge, built in 1875 for Prince Schönburg-Waldenburg. 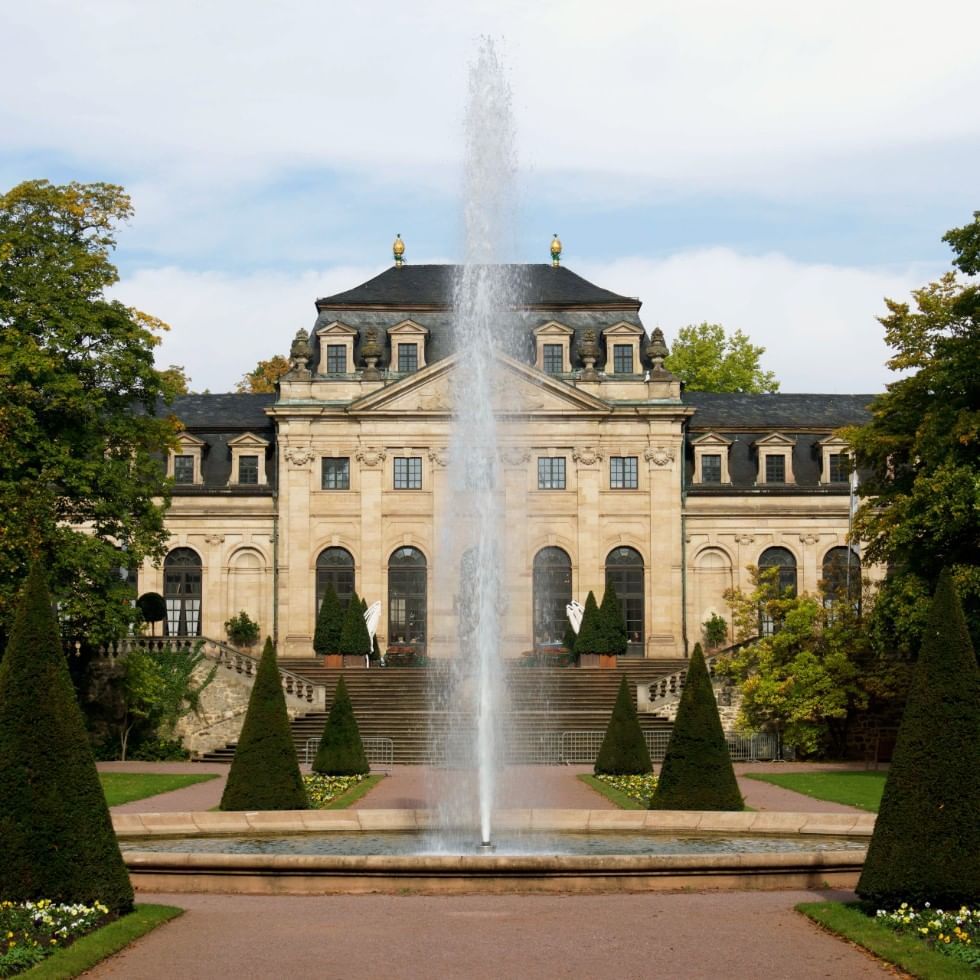 After its renovation, the original Baroque Kynžvart Castle now has the most valuable collection of books in Bohemia. 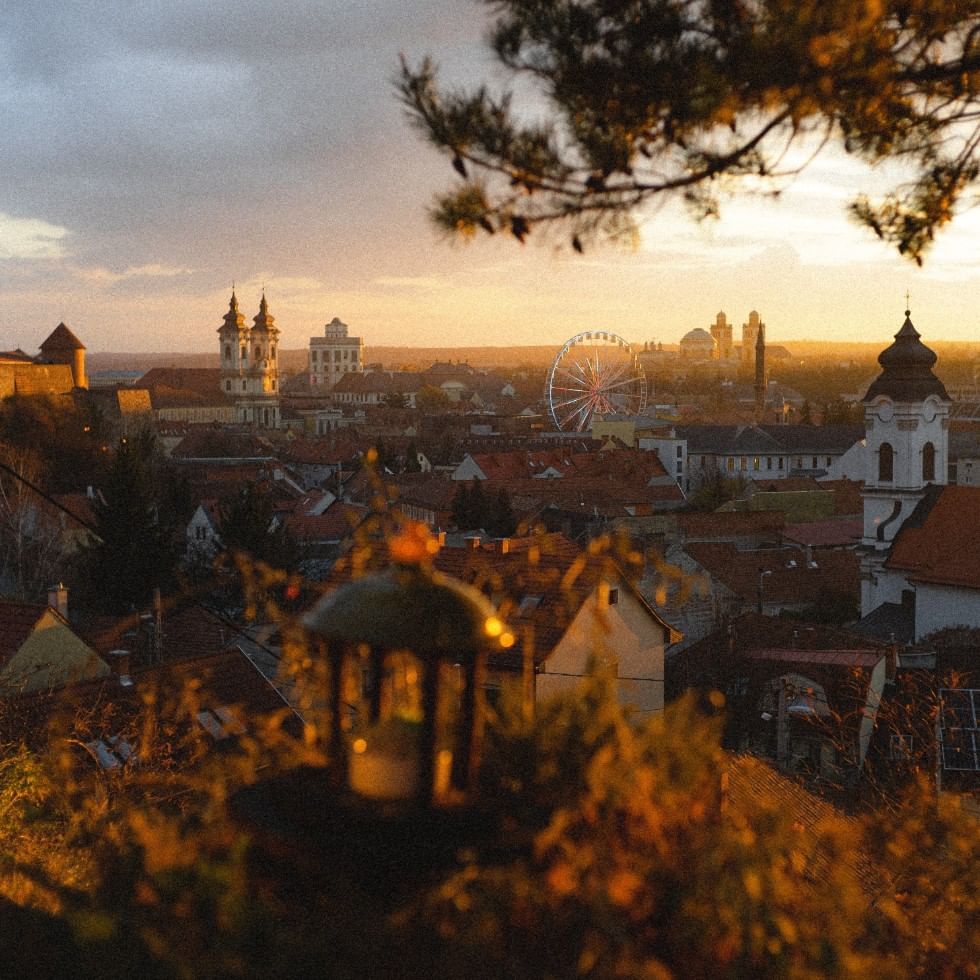 The Bohemian city of Eger was once part of the Roman Empire, as history buffs will probably know. 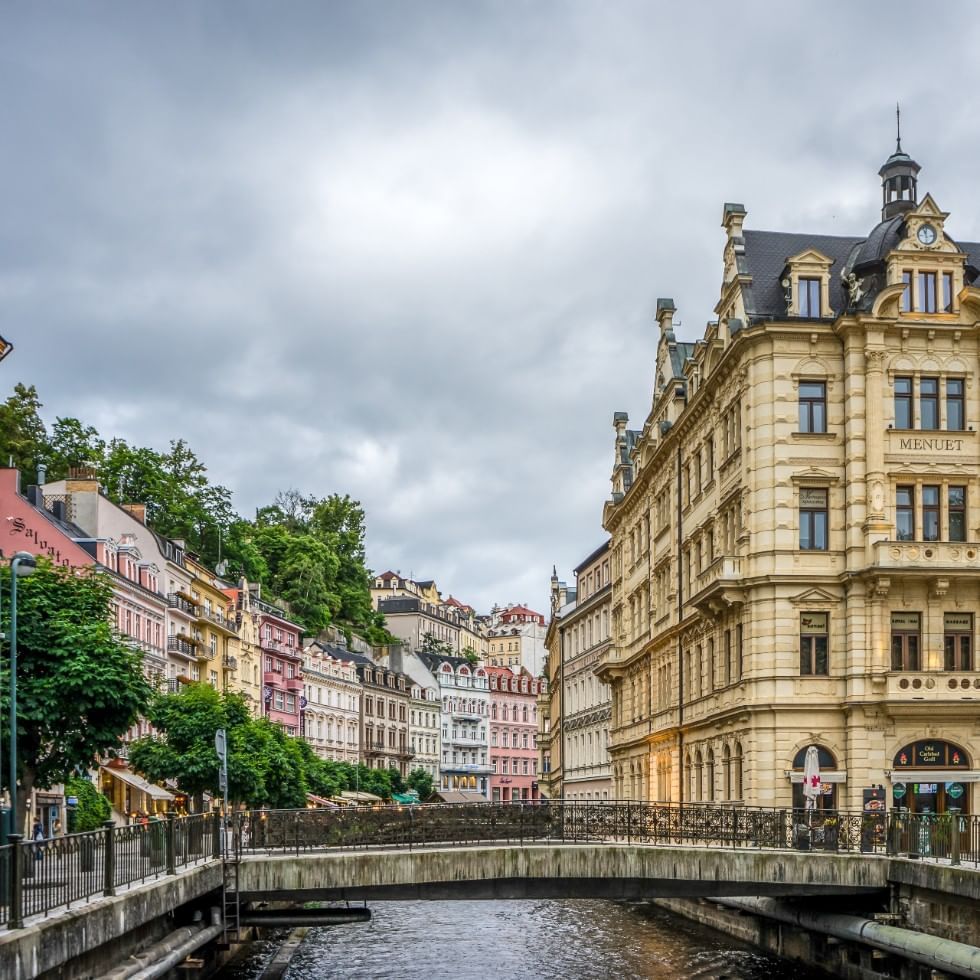 Not only perhaps the most famous spa town, Karlovy Vary is also the host of an international film festival every year. 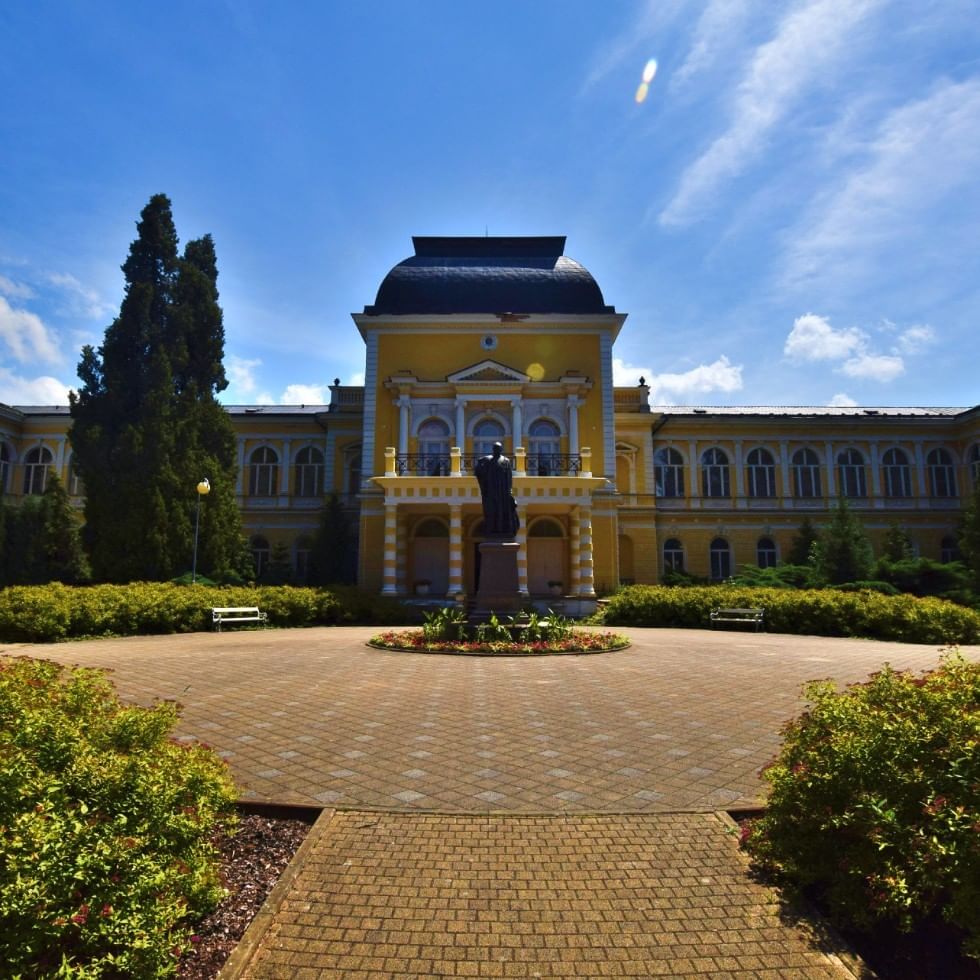 With its charming atmosphere and turn-of-the-century architecture, the spa town of Karlovy Vary is captivating. 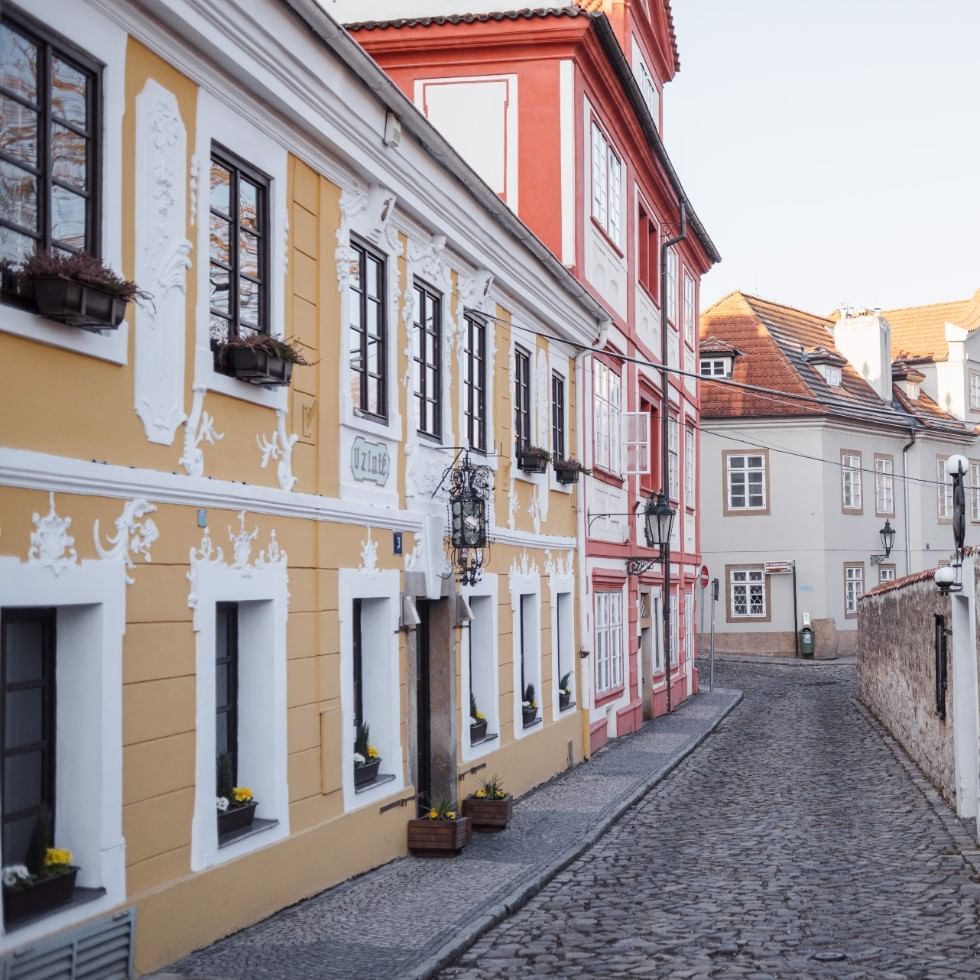 Home to the Western Bohemian brewery of Chodovar, you can immerse yourself in the world of famous Czech beer in Chodová Planá. 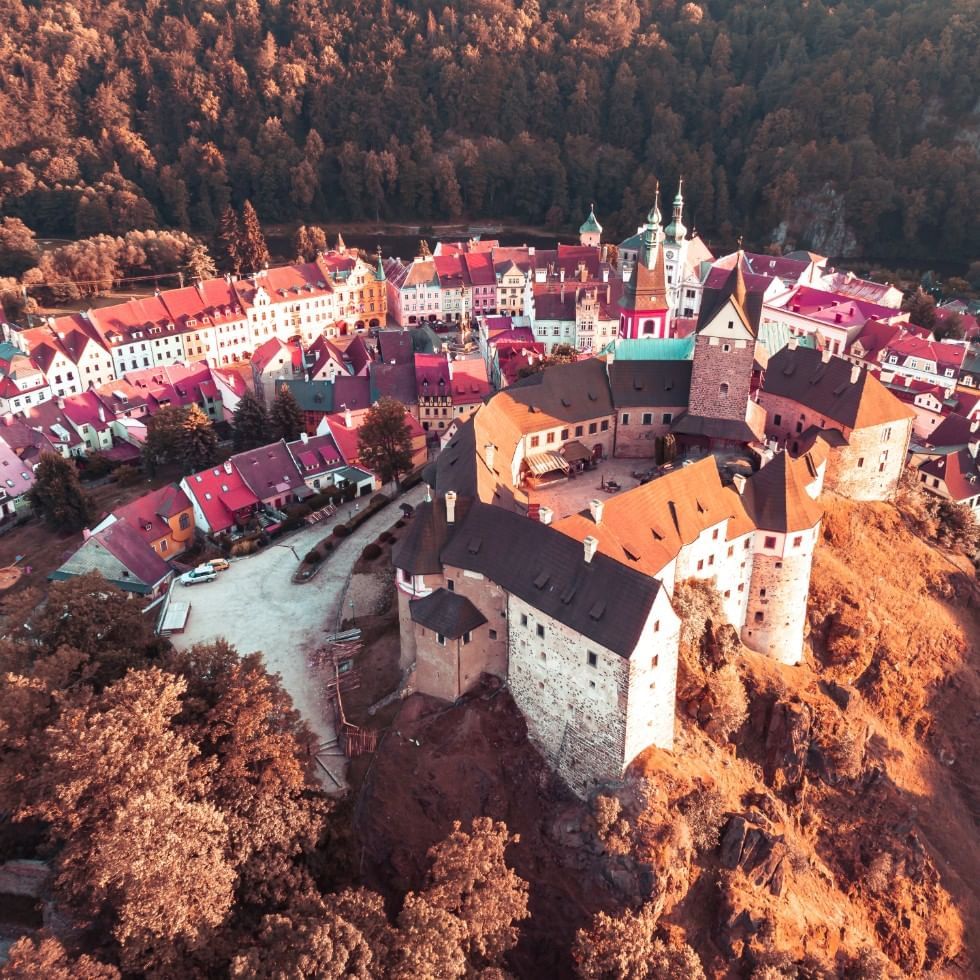 Loket Castle is located between Karlsruhe and Falkenau. It was built strategically on this site in the 13th century. 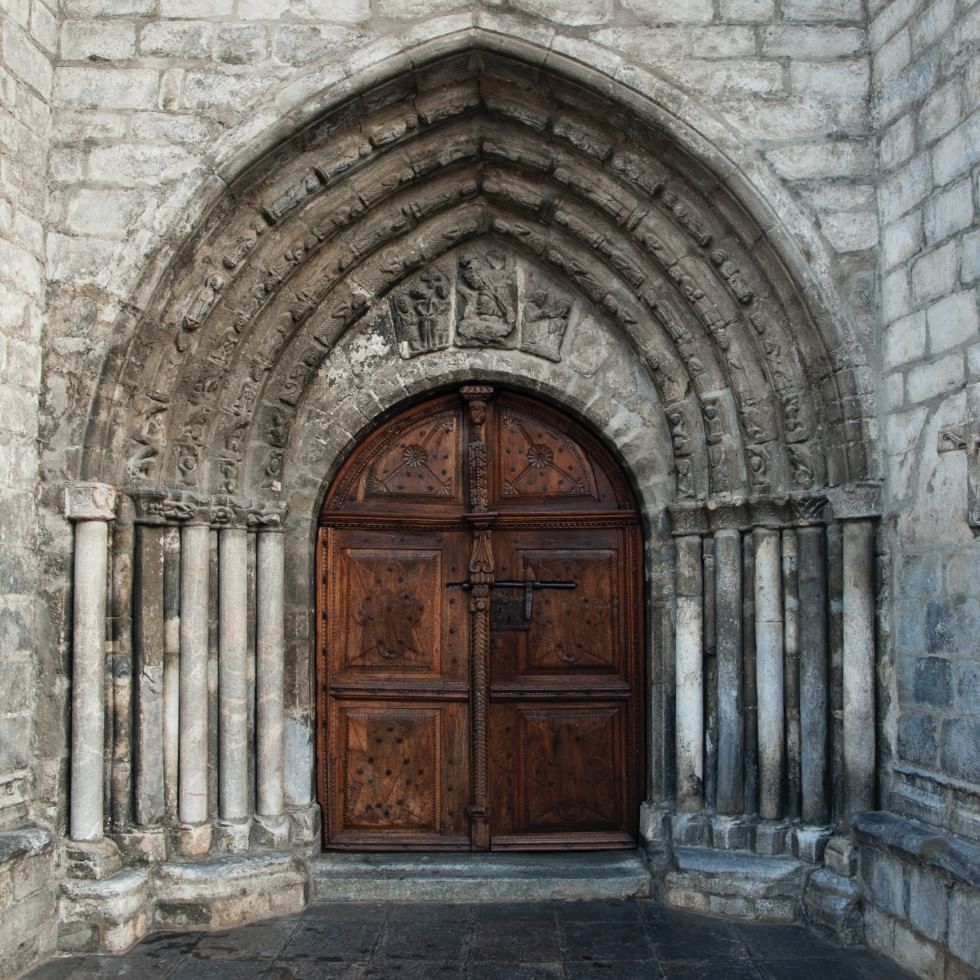 Thanks to its unique setting, the Teplá Monastery, founded by Hroznata von Ovenec in 1193, is still impressive today. 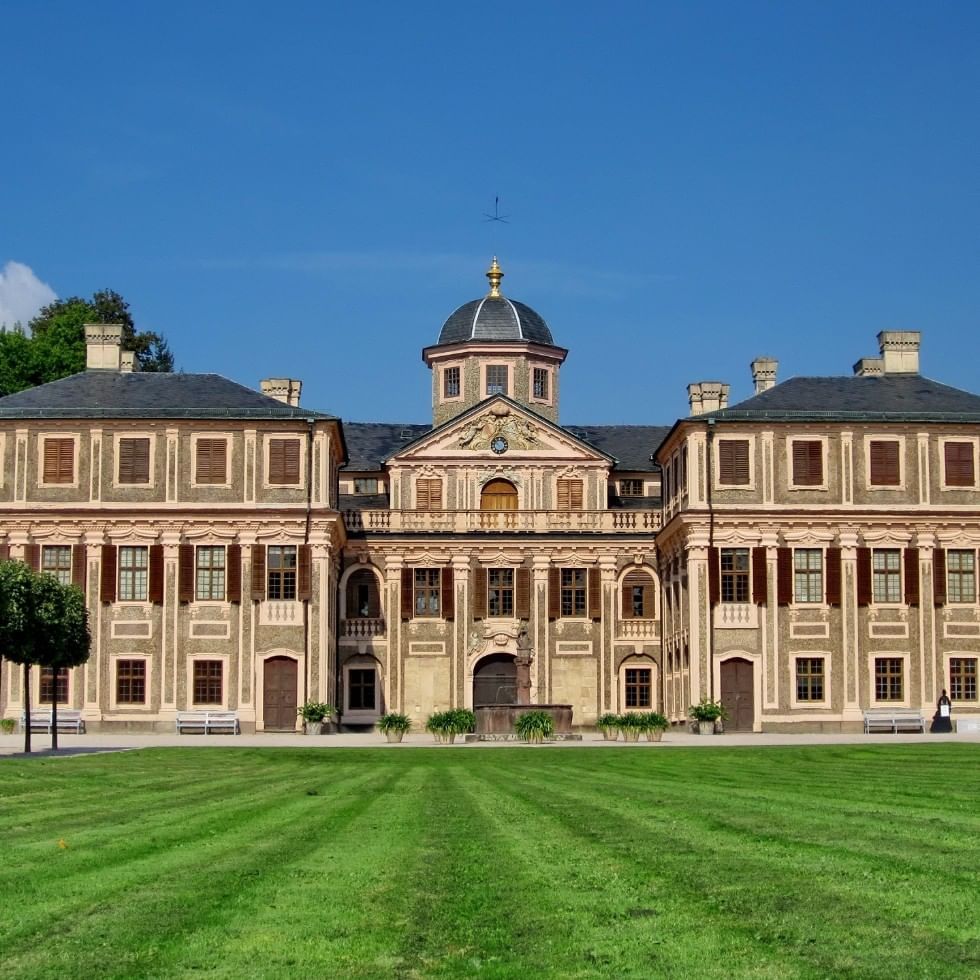